Fusion Of Cryptocurrency And Online Gaming 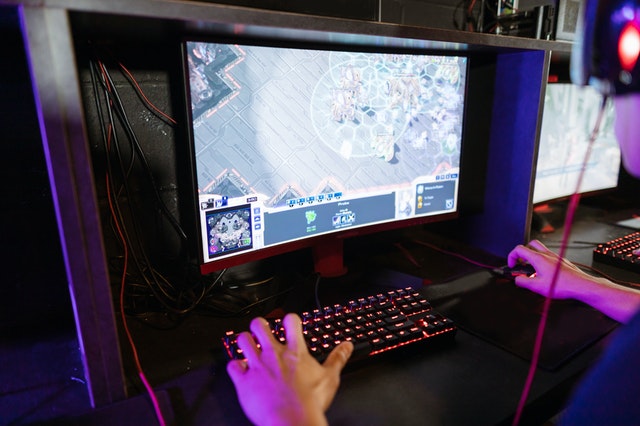 Cryptocurrency has been on the rise. The popularity wasn’t a sudden climb or gush because it has been on the uphill for several years now. The benefits of using cryptocurrency go beyond convenience because a lot of industries are adopting its use now such as with online gaming.

Today, many online game players exchange their virtual assets for a digital currency that they could use to quickly buy and sell on other platforms. Come to think of it, this is like playing in a dream virtual world where you get to be on top of things.

Cryptocurrencies enable players to collect and trade in virtual assets, which that can be traded and exchanged all over the world. With this set in place, it offers the gaming industry a safe and easy medium to make transactions.

Can You Mix Cryptocurrency with Online Gaming?

Cryptocurrency is gaining traction. Digital cash is the new way to make sales transactions and turning out to be one of the most profitable currencies in the world. Many investors are literally spending billions of dollars to invest in this exponentially growing market. Not only that, many companies are working to make transactions possible with cryptocurrency, but why is everyone suddenly talking about it?

Gaming and cryptocurrency may seem like oil and water that won’t mix well. However, online gaming has had a serious upgrade with its recent adoption of the digital cash.

In online gaming, monetization strategies adopted are in the form of in-app purchases, in-app advertising, and affiliate or referral marketing.

It’s not just your favorite mobile game that is slowly embracing cryptocurrency, even Bitcoin casinos have adopted payments in cryptocurrencies, where players can play or trade in digital assets.

Uses of Cryptocurrency in Gaming

Many big companies are coming forward to integrate the use of cryptocurrency for transactions and when we talk about gaming industry, developers are coming up with ways to use cryptocurrency to buy and sell in-game items, cosmetics, unlock characters, and so much more. What makes it better than other forms of payment is that players can directly make payment to one another using their digital wallets, which eliminates the taxes from the governments.

Why Use Cryptocurrency in Gaming

Crypto games and blockchain technology may seem technical, but the benefits for gamers and developers are apparent. For players, crypto games improve their gaming experiences, and for developers, there is an increase in profits. Bitcoin usage is on the rise but not without problems. The development of blockchain technology in online games is still in the early stage, but the future is certainly bright.

If you don’t like being shocked by the fees that you didn’t even know existed in the first place then this is one reason why you should use digital cash. One of the main benefits of using cryptocurrency is that you won’t have to pay any hidden fees. You don’t even have to worry about different exchange rates anymore.

Another reason why game developers as well as gamers are leaning towards cryptocurrency is the fact that it eliminates all sorts of legal processes set by the government and banks. You can make instant transactions and the best thing is you don’t even have to reveal your identity as the transactions can be completely anonymous.

Don’t we all hate the ridiculously high charges or fees when we play games? Gamers are spending millions of dollars in micro-transactions in games but for each transaction they make, some of the amount is deducted in form of taxes and fees, which in turn makes it less profitable for both the player buying the product and the game that sells it. With the use of cryptocurrency, you receive maximum value for your buck which will deduct the prices of the products you buy and increase the number of buyers.

Benefits of Cryptocurrency in Online Gaming

One of the reasons why online gaming is adopting cryptocurrency is to solve problems related to fraudulent and slow transactions that players encounter while playing online games. Some of the benefits are streamlined payments, the real ownership of players, the decentralization of payments, and cross-game compatibility; to name a few.

We like games that are lightning-fast. This goes the same with transactions – we don’t want delays. Cryptocurrency eliminates the authority of bureaucracy and removes inefficient intermediaries from the process, allowing players to enjoy their favorite games quickly. It makes the process of exchanging crypto units instant and efficient. Another issue that gaming developers usually face is the difficulty in selling their software outside app stores. Blockchain allows these developers to process nano-payments to receive payment instantly.

Blockchain technology may look like they’re on the side of the players but it also provides more opportunities for developers. As a matter of fact, smart contracts allow developers to regulate their gaming economies by setting specific predefined conditions to control trading. This has the potential to control over-saturation of the in-game market and ensures trades are conducted fairly.

Imagine how you can create and build the world of gaming. Today, developers can create any world they can imagine and they have the power to set the foundations for an ecosystem that players will use to build gaming economies. Developers can then use the free economies to generate revenue by charging trading fees or taxing peer-to-peer transactions, in essence mimicking the established financial system.

Security is crucial when making multiple purchases in online games, as many online gaming websites have trust issues. Blockchain technology in online games prevents illegal trading of digital assets. It also terminates the hacking and stealing of keys by creating an immutable ledger and eliminates the duplication of keys. It helps players to remain confident about the smart contracts that ensure they are making secured and safe payments.

Cryptocurrencies are more cost-effective than credit cards, bank transfers, and PayPal. The use of bitcoins involves no hidden fees, and there is no waiting for your money to move. The use of cryptocurrencies in online games eliminates handling fees and exchange fees because it is a peer-to-peer transaction between the users, cutting out the middlemen. It makes the model more viable for players and game developers. Players get more for their money, and developers boost their profits.

This is an exciting breakthrough every players is looking forward to. One interesting new blockchain-enabled development focuses on transferring the ownership of in-game assets from developers to players. Battle royale games like Fortnite and PUBG pioneered a shift towards free-to-play games with the introduction of in-game purchases – such as cosmetic upgrades – to generate revenue.

To encourage longer playtime, developers implemented rewards for players who put in hours and hours of effort to achieve a certain objective. But despite investing time and hard-earned money into the game, the players do not own the digital assets they have built up. Developers hold the power to change or remove items as they see fit; players are merely licensees of their product.

Games are now enabling players to be the true owners of their in-game asset. This is facilitated by smart contracts which mean that ownership of the digital asset is automatically passed to the player when a certain predefined condition is met. Since the data in a blockchain is immutable, the smart contract cannot be reversed by the developer. This presents a number of opportunities for players to monetise their skills and progress. For example, a tournament winner could sell or auction off their game-winning tool.

You need a platform that provides you impenetrable security. When playing online games, sometimes your money may be secure, but your personal information may be at risk. If you are not comfortable or interested in sharing your personal information, then online bitcoin games are the ones for you. Also, cryptocurrency purchases are discrete unless a user voluntarily shares their transactions. It is because the anonymous cryptocurrency address generated for user purchases changes with each transaction.

If you’re not still jumping into the blockchain technology with the rest of the gaming world, then you are terribly missing out on your own gaming prowess. Just imagine what cryptocurrency can do for your gaming tempo. It has a ton of potential to take over other currencies but until then, cryptocurrency seems to be very promising.

Decentralization can introduce a number of game-changing features, but the most exciting development is the creation of a decentralized gaming economy which creates an equal and fair gaming environment for everyone. Now, all those hours you spend on a video game can actually mean more money. Sounds good? We think so too.