Is This The Bitcoin Winter? Reasons Behind The Market Crash

HomeCurrencyIs This The Bitcoin Winter? Reasons Behind The Market Crash 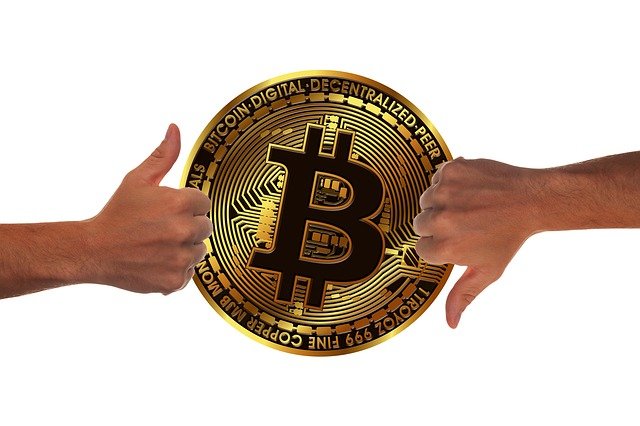 It’s not a crash. There’s a difference between Bitcoin falling from crashing. Yes, Bitcoin has suffered a slump the past couple of weeks, but it is an asset that can forcibly withstand volatile times at many points in history.

The slump is seeded from FUD or fear, uncertainty, and doubt among crypto investors or traders and not just a by-product of one particular recent event. The FUD is said to have been caused by a series of events in three months before Bitcoin, and other cryptocurrencies took the major plunge.

The People’s Republic of China reportedly was cracking down again in the use of cryptocurrencies like they did in 2017. Chinese authorities, as represented by the China Banking Association, National Internet Finance Association, and the Payment and Clearing Association of China, have announced that digital assets should not be used as a payment and stated that cryptocurrency is NOT a real currency and therefore should not be used as a currency or mode of payment in the market or any transactions.

The said statement resulted in a rapid and massive sell-off in digital coins. Why is China doing this? Why the redundancy? It’s not anything new, but many governments find it disconcerting that digital coins or cryptocurrencies are taking off because it’s a threat to the standard financial order. China may see this as an infringement on its digital currency – the digital YUAN.

China is one of the many countries exploring the idea of having their very own central bank digital currency and a blockchain-based version; following the launch of the digital Yuan in 2014.

Now, Bitcoin and Yuan are entirely different apart from the fact that these are both digital coins. China’s Yuan is very centralized, just like any other fiat money, and it’s also controlled by both the government and central bank – the exact systems that Bitcoin was trying to bypass from cognition. With that being said, Bitcoin is now being seen as a threat and must be the reason for the ban.

Crypto enthusiast and Tesla CEO tweeted about no longer allowing Bitcoin to be used for Tesla payments due to environmental concerns, which also sparked massive turmoil in the crypto space. First off, Elon Musk was one of the reasons crypto made a significant uptrend the past several months because of his open support for the crypto assets, specifically Bitcoin and Dogecoin but his recent declaration seems to have made a spiraling downtrend in the crypto arena.

JPMorgan analysts have recently stated on MarketWatch that Bitcoin investors are now going back to its first love or old flame, the traditional gold, which is the safest investment. Even JPMorgan CEO isn’t a fan of Bitcoin, but as his clients are interested, he supports the digital currency with the most significant market value today.

Bitcoin has been bearish and on a slump over the past few weeks, and some analysts say its inflation and Elon Musk or China’s ban don’t have anything to do with it. The low points or sluggishness of Bitcoin isn’t something new. This is said to be a common phenomenon. Volatility in the crypto market is entirely average, especially with a cryptocurrency that has experienced intense price appreciation over the years.

Xbox and PayPal have adopted cryptocurrencies – and even Elon Musk is a top influencer and authority figure in the business. With a massive cult following, whatever he says online becomes a proven fact for many people. The perception that Elon Musk and other top companies are adopting Bitcoin drove the immense interest and appreciation of this principal digital asset.

Is this a crypto winter or drought we’re experiencing? Primary bitcoins like Bitcoin and Ethereum experience these losses or drawbacks from time to time. Still, they will never be significantly impacted unless the cryptocurrencies would be completely stated as illegal or banned. A little regulation here and there can strengthen Bitcoin’s power.

Bitcoin has experienced a tough week – an uphill battle, BUT it’s still unassailable. The 31% slide is not something to fear as the crypto bulls have their game face on amid the chaos. Bitcoin is expanding, and it’s a decentralized portfolio hedge for many modern crypto traders and investors. The digital gold is here to stay – for good.