The Two Most Important Things When Trading Cryptocurrencies – Emotions and Patience 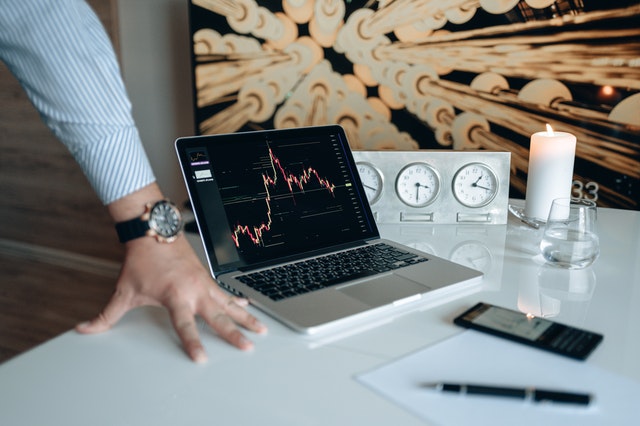 Even though trading bitcoins or other cyptocurrencies is not a bloodbath, losing your coins due to trading cryptocurrencies without a proper guideline isn’t a fun moment at all.

So, how can we avoid making costly mistakes? How can we ensure that we always remain on the green side?

First of all, you need to understand that profitable trading requires a lot of attentiveness; it isn’t a gamble and nor should it ever be one. Other than this guide, ensure that you pay close attention to the market forces of demand and supply to be able to know when this or that tip applies.

It is paramount to internalize this guide and to understand the reasoning behind it.

How Our Emotions May Get the Best of Us

Our emotions or excitement over something can give us that euphoria or crazy belief system that make us buy into an idea even without knowing how it works.

The boom in trading cryptocurrencies is a textbook example of how our emotions drive us to be overly optimistic and to become fixated on the spectacular gains made by others. Companies and designers can also appeal to our emotions and our conceptions of ourselves by appearing to adopt moral positions.

This mix of emotions lets “irrational exuberance” over getting rich quick overwhelms our reason and willpower. Early investors in crypto space made an absolute killing, which led to a lot of media coverage of newly minted “crypto-billionaires”.

This is a recipe for creating what’s called “optimism bias” because people become fixated on the spectacular gains made by others, playing into a lust for wealth. Comparing our meager incomes to these huge profits also means, deep down, we become terribly afraid of losing our chance at riches, stimulating feelings of stress and what’s known as “loss aversion”.

But even more striking in the boom of initial coin offerings and cryptocurrencies is how many appear to be about some moral initiative, such as supporting sustainable energy, artists, veganism or organic bananas. In other words, many initial coin offerings tap into a set of emotional impulses associated with morality.

They know for a fact that people buy a product, service, or an idea first and foremost from emotional reasons without rectifying that with logic.

Emotions are really powerful so when you are able to tap into that, you get to override reasoning quite easily. Research in social psychology shows that morals are built on powerful emotions, not reasoning. Signals from our environment go through emotional facets of the brain not only before the reasoning centers, but even before our sensory centers – we “feel” even before we “see”.

Basically, the reasoning or logic part comes after an emotional purchase. Reasoning serves merely to justify emotional reactions. People will justify what they already want to do, or have done, after the fact. We also know from other research that while reason does give us willpower to resist emotional temptation, it has only a finite capacity to do so and can be overwhelmed.

Regulations aimed at protecting individuals from themselves could restrict new technologies and discourage a necessary process – discovering the stupid concepts and a spectacularly good idea. The line between them is very fine indeed and almost never obvious.

Do You Suffer from FOMO?

FOMO is an abbreviation for the “fear of missing out”. A lot of us are addicted into the popular and the hype! This is one of the most notorious reasons as to why many traders fail in the art. When trading cryptocurrencies, it is very easy to get caught in the hype.

From an outside point of view, it is never a good scene seeing people make massive profits within minutes from pumped-up coins.

Beware of that moment when the green candles seem to be screaming at you and telling to you to jump in. It is at this point that the whales will be smiling and watching you buy the coins they bought earlier at very low prices.

Guess what normally follows? These coins usually end up in the hands of small traders and the next thing that happens is for the red candles to start popping up due to an oversupply and, voila, losses start trickling in.

You have to learn to be a little more patient when it comes to trading cryptocurrencies. Play it by ear but always be wise with your movements. Little pigs eat a lot, but big ones get eaten.

This is especially true of market profits when trading cryptocurrencies. Wise traders never run in the direction of massive profits. They would rather stay put and gather small but sure profits from regular trades on the bitcoin up official app.

Consider investing less of your portfolio in a market that is less liquid. Such high trades require more tolerance, while the stop loss and profit target points will be allocated further from the buying level.

The prices of most altcoins depend on the current market price of Bitcoin. It is vital to understand that Bitcoin is relative to fiat currencies and is quite volatile. The simpler version of this is that when the value of Bitcoin goes up, the value of altcoins goes down and vice versa.

The market is normally foggy when the Bitcoin price is volatile and, as you would imagine, this prevents most traders from gaining a clear understanding of what goes on in the market. At this point, it is advisable to either have close targets for our trades or simply not trade at all.

Most beginners make one common mistake: buying a coin because its price seems to be low or what they consider affordable. Take, for example, someone who goes for Ripple instead of Ethereum simply because the latter is much cheaper.

Take it Easy with Trading Cryptocurrencies!

You have to take the chill pill! Take it easy while trading. They say the best traders mastered the art of maintaining their cool even when things seem to be out of hand. Yup, I know how insane that sounds but you’ve got to develop the skill of not trading emotionally, but objectively.

My two cents? Don’t get too emotional with it or you lose. Don’t start trading until you’re sure you can be decisive in terms of getting in and out of a trade. Emotional trades have been known to be losing ones; keep calm and watch out for the next opportunity. There’s always a better and bigger wave coming.