What Is Cryptocurrency Algorithmic Trading? 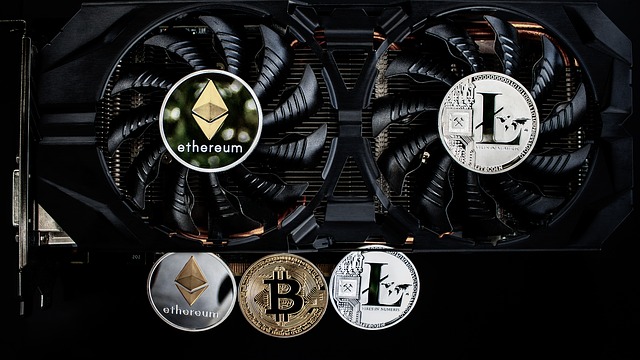 Are we currently being controlled algorithms without us even realizing it? Yes, that is true. But, it’s not a crazy or scary idea after all.

Today’s world is controlled by countless algorithms that are on stealth or invisible mode and controlling the systems we use on a day-to-day basis.

These so-called pervasive type of algorithms are in our socials like Facebook, Google, Instagram, and Twitter; and gets into our psyche and behavioral fingerprint to capture our user or buyer behavior. These data gives systems a cue on the specific information or entertainment we choose to consume.

This works in the same patter with cryptocurrencies. It’s the constantly evolving and complex algorithms that influence and dictate our core mechanisms.

What is Cryptocurrency Algorithmic Trading?

It’s now more about what AI robots capture and not so much on the human elements that are integrated into the intricate circuitry of our socials.

These algorithms are controlled by computers 24/7 and with very minimal human intervention applied to data.

Well, computers or AI robots have so many advantages compared to human traders. Robots don’t have limitations like humans do.

It’s borderless and quickly responds to any abrupt changes in a matter of milliseconds. You can just imagine how fast things are processed.

It also does not sleep or rest like humans do. Robots remain active and responsive all day which is ideally what you want for your Cryptocurrency activities.

In this manner, robots or machines become efficient and exceptional traders because the decisions are made based on real and quantifiable data rather than on emotions or swift impulses. They decide based on proven strategies and numbers at hand.

The field of Cryptocurrency algorithmic trading is continuously evolving. It all started with computers doing Forex trading or in traditional markets.

Now, machines are doing the trade with precision especially with the sudden onset of exchanges that are open 24/7 and the surge of digital assets.

Even though users should still map out their own trading strategies, the algorithmic trading process helps to automate everything and let math do the work this time.

What are the Types of Algorithmic Trading Strategies?

Traditional trading would mean congregating on the trading floor or handling phone calls while making hand signals. Today, trades are now being run with algorithms. This takes the human elements out of the trade process.

In this way, the algorithms enable triggering of trades at a relatively high price which takes into account the market price status, trade size, and also the time of day the trade has been exchanged.

This is a very popular and most preferred strategy done in the crypto arena as much as it is done in the stock market. The optimal speed process makes use of algorithmic programs to tap or dib into price gap or discrepancies in the markets.

This can even be done with the involvement of trading platforms. One example is that with Huobi, a Singapore platform which offered collocation to the high-frequency traders who would have very rapid trades or around 70 to 100 times faster compared to other users.

This is where Cryptocurrency traders would buy, sell, or trade an asset with a fixed amount gradually over an extended period of time to an iceberg.

In this way, you get to trade or buy and sell massive orders of a particular digital coin or asset without the need to reveal the true size of the orders to the market.

Hence, it would really be extremely difficult to look into a modern financial market that operates without the intervention of algorithms.

What are the Different Algorithms that Control the Cryptocurrency Space?

These algorithms are specifically designed to flag any fraudulent or suspicious transactions that occur on exchanges.

This technology is also able to pinpoint certain individuals that operate conspicuously in the crypto space in behalf of certain legislators.

There is a software called Chainalysis KYT (Know Your Transaction) which can track every mode of transaction that are made on the trading platform that use cryptocurrencies like Bitcoin, Ethereum, Litecoin, TUSD, and Bitcoin Cash.

This is now also being used by several government agencies in the United States like Drug Enforcement Agency, Department of Homeland Security, and Europol with the purpose of busting the anonymity that exists with cryptocurrency users.

Those who are advocated of maintaining privacy and anonymity are setting up their own algorithms.

One example is that of Samourai which has a tool called Solomon. This is a smart UTXO algorithm that works by taking into account the past history of UTXOs and also the user-initiated tags when making transactions.

This automatically tags the best UTXOs to optimize every single transaction.

Robots or machines are said to be far better traders than humans because they don’t factor in emotions when making decisions. It’s all in the cognitive aspect; emotions are not part of the equation.

With that being said, it’s clear – the future is now algorithm-controlled.